God healed me, and gave me clarity and hope. 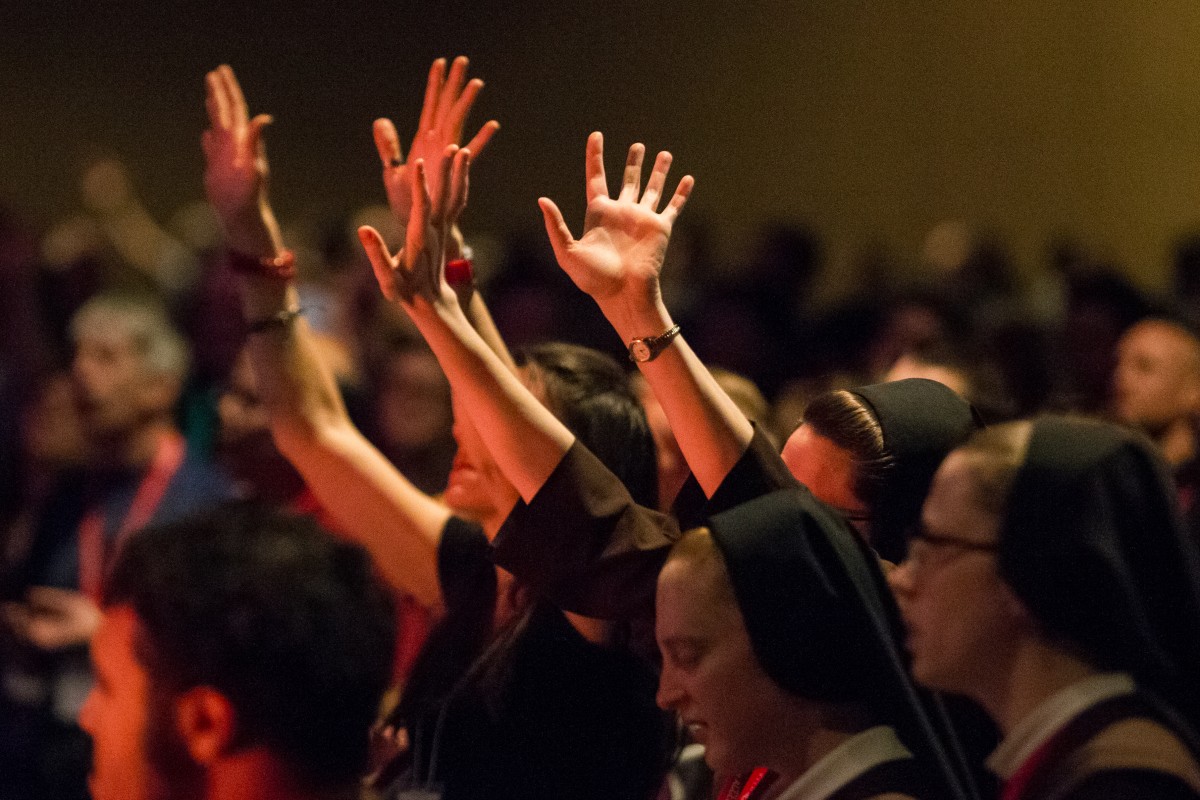 At the conference, I asked one of the men that was with us named Tom if he’d like to receive Baptism in the Holy Spirit. He said sure, and I asked a few people who were at the front to join us. They did, and he said he felt such a powerful presence of God from the prayer team. Another woman in our group had ringing in her ear, and I told her that I had heard God say, “Be opened,” while someone else was praying over her. So, she asked for me to pray over her ears which I did, and she immediately felt a pop. I felt so much excitement and joy while ministering that I ended up praying over almost everyone we came with. Upon our return from the conference, a few women and I have been meeting regularly and have been asking friends and strangers if we could come pray with their families or just them individually. We have prayed with one man, one woman, and a family of nine. I have been praying for words of knowledge, and they are coming. I’m recognizing them more clearly than before. Someone comes to mind in prayer, and then something happens to confirm it (phone call out of the blue or I see them randomly, etc).